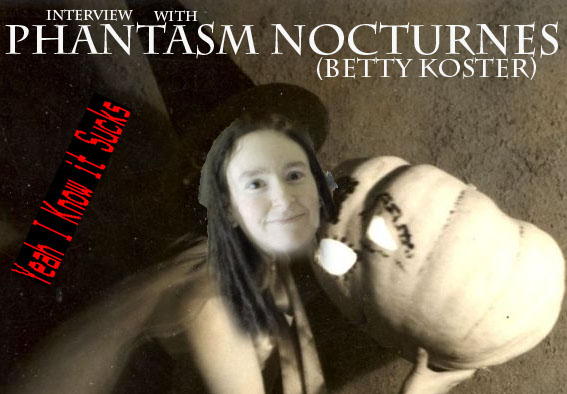 Phantasm Nocturnes has been on my Artist page for sometime and her music is on the Noise playlists. It’s pretty powerful music and so glad I can post this interview from Yeah I Know it Sucks 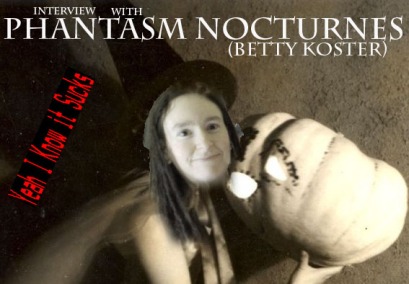 Hello dear reader; good to see you here! I’m KN and on my way to the house of Betty Koster for an interview. In case you have been hiding away under a gravestone; Betty Koster is the music producer fairly known for her work under the Phantasm Nocturnes (and PN-lobit) moniker. Her music is pretty special and in general pretty damn spooky too!  I’ve always wanted to meet her, so recently I just asked if she would be up for an interview. She agreed and now I’m on my way to her home.. How exciting and glad you can come along, as I’m probably too excited to pull this one off all on my own.

Luckily it’s been a wonderful day weather wise, maybe she has a garden to sit and sunbathe for a bit.. We are close now.. A nice and posh looking neighborhood.. 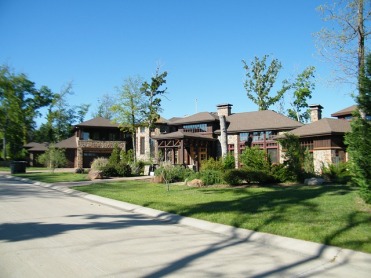 Betty Koster lives in a… 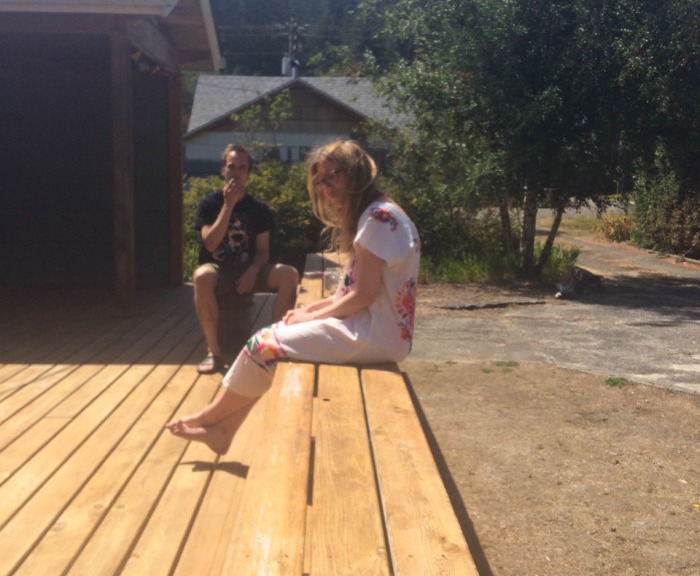 Have followed Felicia Atkinson for a while and recommend listening to her work. Have been listening to this collaboration and suggest checking out  La Nuit too.
Article and Interview courtesy to Fractured Air.

“The words appeared to me like this, I don’t know, I like to improvise lyrics, it’s like day dreaming, you dig in your own soul and see what you can fish there.” 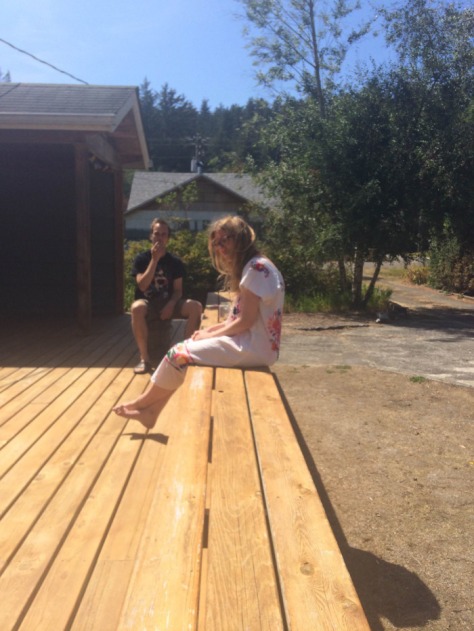 The music of Félicia Atkinson and Peter Broderick both surfaced to my attention around the same space in time, during 2008. John Xela’s Type imprint served the most trusted sources for independent music discoveries and two composers from the label’s roster particularly forged an indelible imprint, namely Peter Broderick and Sylvain Chauveau. ‘Float’s utterly captivating neo-classical-based compositions served a gateway into Broderick’s soaring songbook – that soon would follow with the gifted Portland musician’s ‘Home’ and ‘4-TrackSongs’ full-lengths – and across the years, any project conceived by Broderick (or shares his involvement in any way)… 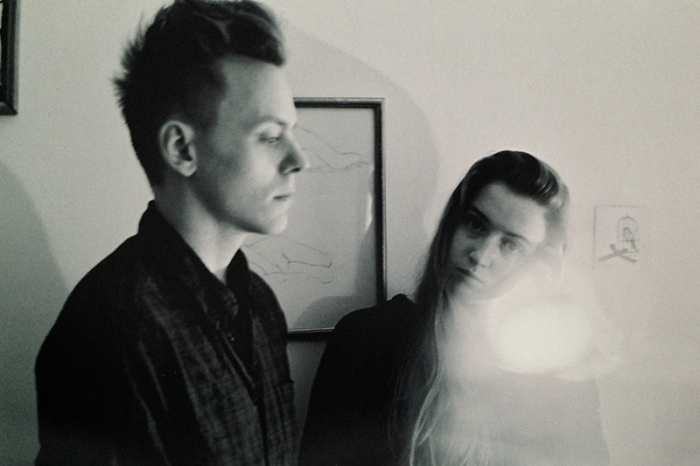 Earlier this week I reblogged a review about Moon Ate the Dark (Headphone Commute) and here is an in depth interview with them courtesy of Fractured Air.

Interview with Moon Ate the Dark.

“..there is always a surprise and it keeps the music alive, which is what I think we both strive for whilst playing together.” 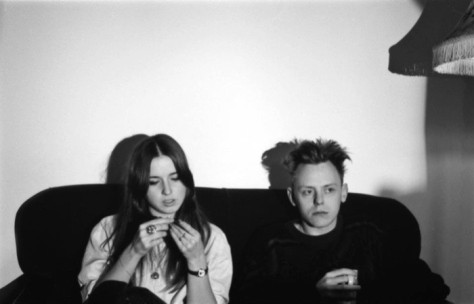 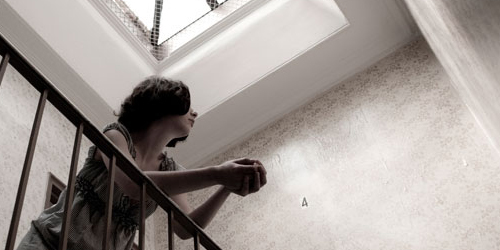 Here are a couple of pieces courtesy of Headphone Commute shining a spotlight on the electroacoustic artist Dalot. 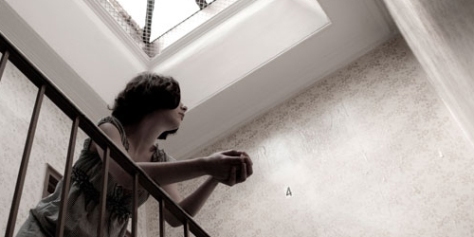 Hi Maria, what have you been up to lately?
I am still settling down to my new place/neighborhood since my move from NY to London during the summer.

How did you initially get signed to n5MD?
In 2009, I contacted n5MD to ask them if they would be interested in selling some copies of my EP via their mailorder website. They coincidentally liked it and they signed me.

What does your name Dalot mean and where does it come from?
Dalot is the french word for culvert. Back in the golden days of Myspace, I decided to open an account and I needed a username. Next to me there was a French Dictionary. I opened one of its pages by chance and Dalot was the first word I saw. I liked the look and sound of it and I kept it. Recently, I discovered that there are two areas that… 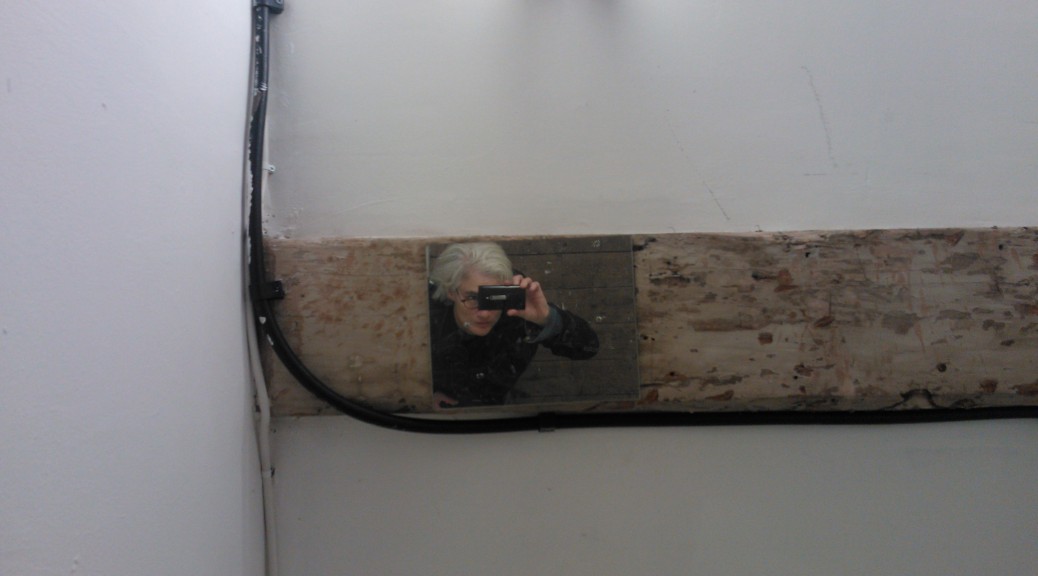 Missed this but I have checked and you can still listen to the show on NTS and here is the link for FRACTAL MEAT ON A SPONGY BONE http://www.ntsradio.co.uk/shows/fractalmeat/ 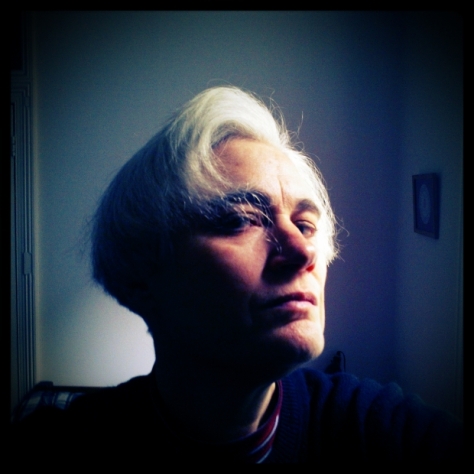 Studio guest on Friday 20th MArch will be Liz Helman: tune into NTS from 8am to 10am.

Liz Helman is a London-based artist and independent curator working across different media, including photography, video and sound. Manipulating her own recorded and found sound, she constructs atmospheric sound pieces, and in all her time-based media works, she explores the psychological and emotional attachment to place and dwelling. Journeying between recollection and reality, she challenges format driven orthodoxies, fragmenting and layering image and sound to consider the experience of dislocation and displacement.

Todays’ Discovery for me this interview with Dalot via Headphone Commute.

Part of a season on the Pioneers of Electronic Music 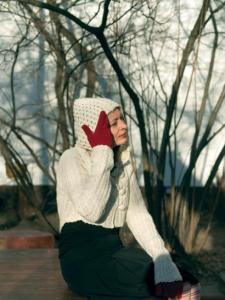