With a new work released on her Bandcamp almost every day, the Scottish sound artist and poet Elizabeth Veldon has amassed a vast and almost overwhelming discography. But those releases, ranging from immersive drones, free improvised piano jags and tough scrubs of noise, are rarely less than compelling. In this episode, Elizabeth and I discuss creativity, political music and a whole lot of other stuff. We also premier two new works – a series of piano improvisations and a long-form slice of ominous drone.

For those characters treated less sentimentally, the disease is viewed as the occasion finally to behave well (unreleased, 2017)
In the plague-ridden England of the late 16th…

If you like mixes there’s a lot of new and interesting releases from a wide range of artists on this one, including Kara-Lis Coverdale, Kaitlyn Aurelia Smith, Mary Ocher and the more electronic shift in sound for artist Colleen.

July saw the highly-anticipated return of world-renowned French composer Colleen (aka Cécile Schott) with her achingly beautiful new single “Separating”, taken from the forthcoming “A flame my love, a frequency” out October 20th via Thrill Jockey. On her new album, Schott’s viola da gamba – used on her last two records “Captain of None” and “The Weighing Of The Heart” – is replaced by solely electronic instrumentation: Moog pedals and Critter and Guitari synthesizers. The result is yet another otherworldly, far-reaching sonic odyssey from this visionary solo artist.

Following on from last year’s exceptional debut mini-album “Shady & Light”, Hamburg-born and Berlin-based multi-instrumentalist and producer Martyn Heyne has unveiled his stunning new single “Carry”, taken from the forthcoming solo debut album (coming out later this year on the neo-classical imprint 7K!). The divine guitar-based compositions crafted by Heyne carves out a ceaselessly rich listening experience for the…

Andie Brown is a sound artist and composer from London. She often performs as These Feathers Have Plumes, working primarily with glass and electronics.

I was honoured to hang out with Andie and talk to her about how she conjures up the rich sonic textures that characterise her amazing work. Andie also guided me through the set-up she uses for her live shows, and treated us to a wonderful improvisation to bring the episode to a close.

Glass Heart, from Of Endings and Beginnings (Period Tapes, 2009)

Duet for Road Compactor, from These Feathers Have Plums/Isnaj Dui split (Was Ist Das? 2016)

Don’t Wish Your Life Away, from Untitled (Sheepscar Light Industrial, 2013) 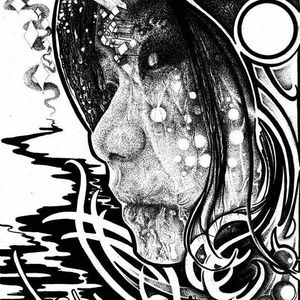 Musician and researcher Marlo Eggplant tells us about the noisy scrim of her work and sheds some light on the fascinating ideas underpinning it.

She also shares some treats from her discography and briefs us on the fantastic Ladyz In Noyz and Rhinoceritis projects that she has helped curate.

Interview runs throughout. Tracks by Marlo Eggplant unless otherwise stated.

CLICK HERE TO DOWNLOAD: H. Cecilia Suhr’s “From Ancient Soul to Ether” SUBSCRIBE TO THE SERIES VIA ITUNES ADD OUR PODCASTS TO YOUR STITCHER FAVORITES PLAYLIST Cecilia Suhr’s sound art piece, From Ancient Soul to Ether, reflects on how sound can describe beings from the past, present and future in simultaneous coexistence. From the vibrational level of the earth to the futuristic murmurs […]

“So please explore our panoply of podcasts… abandoning your eyes, and letting us guide you to the limits of our audible world”

As ever thought provoking…

ADD OUR PODCASTS TO YOUR STITCHER FAVORITES PLAYLIST

This week’s podcast questions how identity is coded into the battlecries shouted by characters in video games. By exploring the tools that sound studies provides to understand the various dynamics of identity, this podcast aims to provoke a conversation about how identity is encoded within the design of games. The all too invisible intersection between sound, identity, and code reveals the ways that sound can help explain the interior logic of the games and other digital systems. Here, Milena Droumeva and Aaron Trammell discuss how femininity and sexuality have been coded within game sounds and consider the degree to which these repetitive and objectifying tropes can be resisted by players and designers alike.

Cynthia Wang – Her work is framed in critical cultural perspectives. In the past she has done research on how Asian American musicians use digital media to build community and collaborate, and how crowdfunding sites like Kickstarter and Indiegogo provide new avenues of creative production and distribution for independent artists.
Check out the other podcasts via the SO! site – interesting series on sound, soundwalks and field recording with an academic but accessible remit.

ADD OUR PODCASTS TO YOUR STITCHER FAVORITES PLAYLIST

In this podcast, Cynthia Wang shares examples taken from a soundwalk she performed at Disneyland. Disneyland has been an idealized space for the middle-class white American experience, and the aural signals and music used throughout the park encourage visitors to become cultural tourists and to share in this mindset. Here Cynthia considers the moments of rupture that disturb Disney’s controlled soundscape. Join us as we listen for a pathway out of the hyper-consumerist labyrinth of Disney. And, if you would like to learn more about this soundwalk, visit it’s website here.

Cynthia Wang is currently a PhD candidate at the Annenberg School of Communication at USC, a USC Endowed Fellow, and a USC Diploma in Innovation grant recipient (for an LGBTQ stories…

Been giving Supernormal Festival a plug as it has a fantastic line up ( as did FON last week ) including many artists that will be familiar to Feminatronic readers. If not, then it gives you a chance to go and discover for yourselves. The podcast for the show will be on the Fractal Meat on a Spongy Bone Mixcloud site here soonish…
https://www.mixcloud.com/discover/fractal-meat-on-a-spongy-bone/

This Friday 7th August I’ll be away at the incredible Supernormal Festival but have put together an incredible special broadcast as a preview of the fest. The show features incredible sounds by artists and musicians playing at this year’s festival, plus an interview with Anne Robinson, one of the curators of the festival, giving some background and incredible top tips. Tune into NTS from 8-10am on Friday 7th to listen. Incredibedible.

I have clicked through and it looks as if this will be very interesting with focus on the Irish Sound Art Scene. Try to catch it online after the 28th. In the meantime, there is a list of links of artists, venues and sites that are related to the episode – Well worth checking out.
Courtesy to Claire Guerin and her blog for this post and don’t forget to check the soundboxes free download above.

‘Seamus and Paul from the Salon de Bruit in Berlin invited me to join them on their monthly podcast.  They wanted to hear about sound art in Ireland from my experience to what I’ve grown up with and experienced with The Guesthouse.  Follow the link to have a listen and to see the links to some of the work I suggested in the interview too. ‘ -Claire Guerin