Olga Wojciechowska‘s album as Strië, titled Perpetual Journey, came out on Serein earlier this year. See Headphone Commute coverage here. “Inspired by the true story of Laika, a stray dog sent into space by Soviet Russia in the fifties, Perpetual Journey speaks of the emotional journeys and strange fates that entangle our lives.” This is definitely a […]

On the next show, Monday night / tuesday morning (14th/15th March) (1-3am BST / 8-10pm EST) we have a special broadcast from Liz Helman, the first play of her new longform drone piece Labyrinthian.…

Courtesy to A Closer Listen for the reblog. Recommend a listen to this piece especially in relation to the subject matter. Proof noise can have meaning.

A CLOSER LISTEN is honored to present the online premiere of Tamara Filyavich’s return fire.

Tamara Filyavich presents return fire, a soundscape of analogue synthesizer, radio transmission and digital manipulation channeling the events of the Ukrainian revolution of 2013-2014. Filyavich has lived in Montreal for the past 20 years, after she and her family left the town on Yalta in the occupied Ukraine.  return fire is a reflection on childhood memories filtered through contemporary political struggles for social justice and free expression on the streets. This piece also includes variations on the Ukrainian choral piece “Plyve Kacha,” an  old Ukrainian folk song which was given new meaning after being played on Kiev’s central square during the funeral for slain opposition fighters in 2014.

She works as Arts and Culture Coordinator at CKUT radio 90.3 fm, Montreal’s community radio station, where she also co-hosts Radio is Dead?, a show… 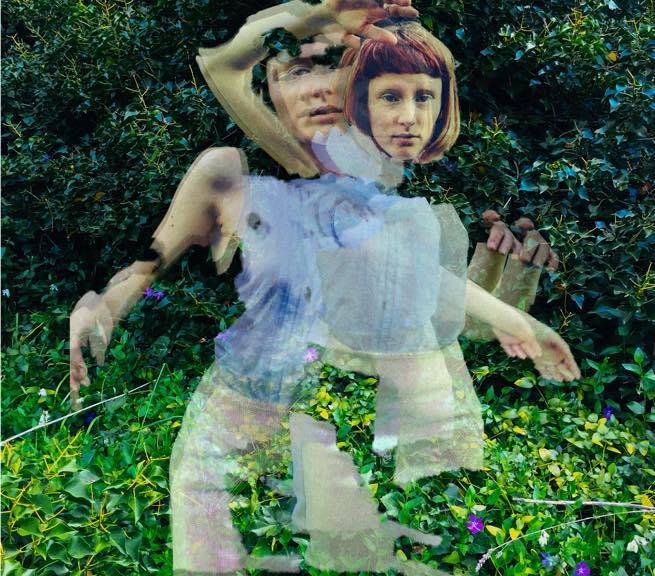 Todays Discovery is slightly different, in that this is a premiere of a new track by the artist, Aphir. She first came to my notice via the Oneiric Escapism Vol 1 release  from A Lonely Ghost Burning, where her track Delta is the opener. You can find out more about Aphirs’ releases on her Bandcamp site.

” Tanabata grew out of a tiny poem I wrote while I was working on my first album, Holodreem. At the time I didn’t know how to expand on it but when I started working on my next release, I remembered and sat down with it and all of a sudden it was a full song.

The song owes its name to the Japanese festival of Tanabata, and more specifically to a story that I was told in Japanese class when I was a little kid that follows the relationship between the goddess Tanabata and a farmer called Mikeran. I must have only been 7 or 8 years old when I first heard the story but this one part has stuck with me ever since.

Tanabata’s father is angry that his daughter is in love with this mere mortal, so he forces Mikeran to watch over a melon field for three days and nights without touching the melons. Of course Mikeran caves in and takes a melon thinking to quench his thirst. But the melon cracks open and out spills an enormous river, separating Mikeran from Tanabata. It’s pretty much the perfect allegory for the way our weaknesses can separate us from the people we love.

Regarding the production of the track, last year I worked on a project with some beatmakers who were really adept at turning vocal samples into synthesizers in Ableton and it was an inspiring experience. I’ve wanted to experiment with this technique for ages, and this track gave me ample opportunity. I wanted this song to have more energy than any work I’ve done before now while still feeling coherent with the previous electronic choral work I’ve done for Aphir. I’ve included some FM synths and drums but, other than these elements, Tanabata is all vocals.

Even though I engineered and produced this track myself, it feels very collaborative because the artwork that Simone Thompson made for it fits with it so perfectly. Tanabata was inspired in part by her recent short film, Warrior, and I love her digital artwork, so it made sense to work with her to create a visual face for the music.