I’ve been looking through some of my drafts in a bit of a tidy up, and have found many that, for some reason, I forgot to post, like this one…Now’s as good as any…

Laurie Spiegel: (1945- ) A composer whose work appears on NASA’s “Golden Record,” (shipped out on the Voyager spacecraft) Laurie Spiegel is known worldwide for her pioneering work with early electronic and computer music systems. A cutting-edge thinker, her experience with early analog electronic music systems led Spiegel to innovate musically and instrumentally. She has focused largely on interactive software that uses algorithmic logic as a supplement to human abilities, thereby expanding access to creative expression for a far greater number of people than was previously allowed through traditional methods of musical training. The aesthetics of musical structure and cognitive processes have also been a focus of Spiegel’s work. Spiegel’s work has been re-issued, having appeared in the popular Hunger Games movies, highlighted in the 2018 BBC Proms, and featured in various museum settings where the intersection of electronic music compositions, the machines, and software used to create those compositions, and the visual arts have come together in harmony. 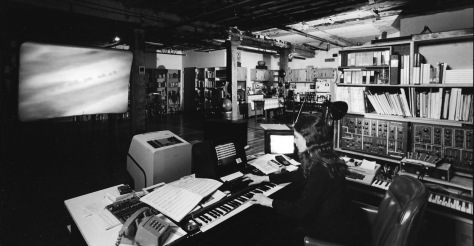