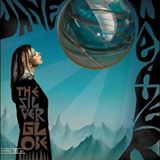 Today the nominations were announced for the Mercury Prize  and again there has been great disappointment especially with the omissions. However, luckily for me this article arrived in my inbox, which expresses what I was feeling – kismet : )

Recommend you read on…

There’s probably no music lover in the land who actually looks forward to the annual Mercury Prize, mostly because it’s impossible to correctly predict all twelve nominated albums and inevitably end up disappointed by the lack of your own personal favourite albums. This year’s shortlist announcement took three hours, which only prolonged the thought that certain LPs would be picked, only to have them continually dashed. Add into the mix how the Prize is now presented “in conjunction with BBC Music” and you’ve got a recipe for the most middle of the road shortlist yet.

To be fair, things didn’t start off too badly. Richard D James shockingly bagged his first nomination ever for Aphex Twin’s latest magnum opus Syro, but after that it was a patchy show that was front loaded with some gems in the first hour and gradually got more disappointing as the marathon announcement ran on. Even Lauren Laverne seemed to be getting weary as she finally rounded off the epic with a whimper.

The overall headline: it was a good day for the BBC’s playlist. Wolf Alice got a nod for their hype machine more than their debut LP My Love Is Cool, which harps on all the flash-in-the-pan rock subgenres of the past twenty years without adding anything new to the mix. Benjamin Clementine was about as close as you got to a “token jazz album,” if by “jazz album” you mean “plays piano,” though Eska’s pretty take on jazzy R’n’B might have something to say about that. Gaz Coombes’ Matador got a nod for being his finest work in a while, though I suspect that there’s an element of saying sorry for not taking Supergrass very seriously under there somewhere. Irish songwriter SOAK unsurprisingly got a nod, as did Glastonbury-botherer Florence + the Machine, while Ghostpoet presented one of the more intriguing albums in the form of this third album Shedding Skin. Slaves inexplicably got nominated for their frankly irritating drum-banging and screaming about manta rays and at the other end of the scale Glaswegian C Duncan’s beautiful bedroom-made LP Architect was probably the nicest surprise of the announcement. Oh and Jamie xx got in there too, because he’s Jamie xx.

Roisin Murphy’s inclusion on the list surprised me more than anything else in the announcement. Her third solo LP Hairless Toys came out eight years after her patchy sophomore, disco-inspired record Overpowered, and for a Murphy fan like myself it was a wonderful return to form. It quite literally took its time to show off what Murphy was best at – very few tracks on Hairless Toys run for fewer than five minutes, and more still stretch into the seven minute region. Not that it matters or is even noticeable. From the minimalist shuffle of opener ‘Gone Fishing’ to the twinkling closer ‘Unputdownable,’ it’s a fun and engaging romp through silky-smooth, 90s inspired electronic music that has enough inventive twists and turns to stop it from being unfairly labelled “dinner party music.”

Aside from Murphy though, it’s been a poor year for women in electronic music. Shouts of “who cares” might be going on right now, since it’s not like the Mercury Prize ever really jumps on that combination with any vigor. Last year saw FKA Twigs and Kate Tempest both nominated, and in the past Bat For Lashes and La Roux have gained nods. Even just this year, La Roux’s Elly Jackson made her big comeback with Trouble In Paradise, an album that’s been commercially less successful than her debut but is much more self-assured, less shrill in places and is more consistently engaging. She somehow missed out on a nod. But as any follower of the Mercury Prize will know, there’s no long history of women in electronica being recognised by the panel. This year that fact was particularly galling, as there was no end to British women making diverse and intelligent electronic music to choose from, of which four particularly stand out.

On a personal level the most puzzling omission this year is the snubbing of Gazelle Twin’s sophomore record Unflesh. Elizabeth Bernholz didn’t expand on her already impressive debut The Entire City with this effort but instead tore up the rulebook and wrote a new one – possibly in her own blood – to tell a very disturbing vision of a postmodern society ravaged by colonialism, body dysmorphia and harsh personal upbringings as well as looks at miscarriage and euthanasia. It was all set to a grippingly minimalist yet terrifying and occasionally industrial backdrop that made it the perfect soundtrack to a Freudian nightmare. Some industry experts will say that Unflesh suffered from one major problem: its release date. Coming out too late for last year’s nominations, it was nevertheless released in September 2014 in the UK to rapturous acclaim. I’d suspect that most people just plain forgot about the record, as it’s rare that people have nominated from that month long window. The more likely reason for its omission is that it’s too much like the alternative music to Dario Argento’s Suspiria for most of those on the panel.

A much more mainstream effort came from Gwenno. The ex-Pipette made a slightly oddball debut record was inspired by the sci-fi of Owain Owain and was underpinned by flashes of British eccentricity, like electronic bric-a-brac sharing the stage with pop swirls and Gwenno’s enviable ability to piece together a catchy number without apparently trying. I guess there was one big problem though. It was in Welsh. Y Dydd Olaf was partially bilingual in the most subversive of ways; its last track shifts to Cornish. Even the Super Furry Animals never got away with that. Their critically acclaimed Welsh language album Mwng – despite often being called their best effort – was never nominated for the prize. In fact, no album in Welsh (or indeed any other language or dialect of the British Isles) has ever been nominated. It’s like an English mafia. That doesn’t mean that Gwenno’s album should have been overlooked though, especially as it was essentially a crossover album that connected with many audiences despite the fact that most people wouldn’t have understood the lyrics. That should have been testament enough to Gwenno’s ability as a musician, but apparently that wasn’t good enough for the Mercury Prize.

Jane Weaver’s The Silver Globe had many of the same positives to recommend it as Gwenno’s debut. It saw her jumping fully into the pond of interstellar space rock, which has proved to be a good move for her commercially, as the country seems to have gone down with a case of Weaver Fever. It’s not surprising considering that The Silver Globe sparkles with the kind of utopian synths and fascination with sci-fi as Gwenno, even with some deviations into ambience, like on the opening title track. Filled with nostalgic references (including a sample of Hawkwind at one point) without being derivative or old-fashioned, you’d think that if Gwenno’s Welsh-speaking ways were too much then this would have been a fine choice to take its place. Alas, no. It’s probably also fallen foul of the dreaded September-October Mercury release void like Gazelle Twin, which becomes more ridiculous each time you mention it.

So a release date of March 2015 should be the perfect set up for a nod. It’s not in that grey hangover period from the 2014 batch of hopefuls but also gives its listeners enough time to become familiar with the album’s intricacies. Not, unfortunately, for Lonelady, who spent much of early 2015 being feted by the BBC in particular before being all but forgotten in recent months. This seems particularly harsh, since her second record Hinterland is everything that the Mercury Prize loves on paper. Hinterland crams in a feast of grand ideas into what’s also a very tightly constructed elctro-pop LP, the type of LP that’s high concept enough to be, oh I don’t know, created by Jamie xx? It also happens to be a love letter to Manchester, a city dripping in musical heritage that Julie Campbell is more than willing to take inspiration from. So there’s musical nods to Joy Division, Madchester, the Hacienda and Factory Records but with none of the disconnection and incoherence that a less gifted musician might produce. Instead, Hinterland is an album that screams “contemporary” and fully presents who Campbell is as an artist, while also being the musical equivalent of an encyclopaedia of Mancunian culture. Highbrow with enough mainstream dance appeal, you’d think just the balance between the two would turn a few heads. But, alas, Campbell’s second effort has also passed the panel by.

There is, of course, a slew of other records I could have mentioned here, but the omission of these four LPs are perhaps the most damning indictment of the Mercury Prize’s attitude toward women in electronica. With such a wealth of acts in the field to choose from, the panel have missed the opportunity to show that they’re about more than just tokenism and satisfying major labels with some dodgy picks. Until they decide to actually stick to their ethos of rewarding challenging, boundary-breaking and intelligent music of all genres though, I’ll be sitting rooting for Roisin and Richard.